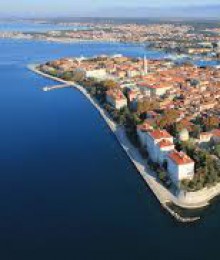 The Scientific Centre of Excellence was one of the co-organisers of the International Scientific Conference APAE (Conference and School on Authority, Provenance, Authenticity, Evidence) held in Zadar (25th – 28th October 2016).

The scientific conference was organised by the University of Zadar in cooperation with the University of California, Los Angeles (UCLA), Karl-Franzens University of Graz, the Vestigia – Centre for Manuscript Studies, ICARUS and the Scientific Centre of Excellence for Croatian Glagolithism, with the support from the Croatian State Archives.

This is the fourth conference in a row covering topics of cultural heritage, organised since 2009 by the Department of Information Sciences in the framework of the Postgraduate Doctoral Study “The Society of Knowledge and Information Transfer”. The first summer school was dedicated to old books (Summer School in the Study of Old Books, 2009), the second to historical manuscripts (Summer School in the Study of Historical Manuscripts, 2011), and the third conference and summer school were dedicated to records, archives and memory (Conference and School on Records, Archives and Memory Studies, 2013).

Five associates of the Scientific Centre participated in the conference, including two speakers (Milan Mihaljević, Ph.D. and Marijana Tomić, Ph.D.), who were also members of the Organising Committee of the conference. The following talks were given at the conference: Authority and Authenticity of Hand-Written Glagolitic Texts by Professor Milan Mihaljević, Ph.D.; Prints between Originality, Authenticity and Authority in Early Modern Culture: Examples from the Valvasor Collection in Zagreb by Professor Milan Pelc Ph.D.; Evidence of Provenance and Name Authority Control in GLAM community: Three Competing Concepts? by Assistant Professor Marijana Tomić, Ph.D.; (Un)Quoting Authorities in the Croatian Glagolitic Literature by Andrea Radošević, Ph.D. and Methodology of Research of Old Slavonic Liturgical Manuscripts by doctoral student Kristijan Kuhar.

For more information about the conference, visit: http://apae.unizd.hr/?lang=en