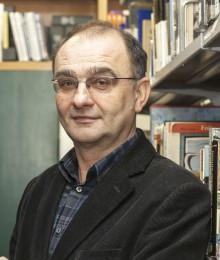 His scientific research is mostly focused on the areas of European and Croatian prints and book illustrations during the early modern period (1400 – 1700), Croatian prints in the 19th and early 20th centuries, Renaissance in Croatia and Europe, History and Theory of Art History, and the history of books and visual media.

He received the following scholarships for Germany, Austria and France: