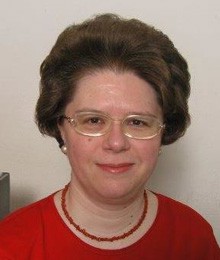 The research into Croatian Glagolitic miniatures can be carried out in two ways. The first one includes identification of illustrations within the originally designed computer software “Miniatures” in which Croatian Glagolitic illumination is registered and described according to the type of illustration and its position in a specific written monument, primarily of liturgical nature (missals, breviaries). Such entries are codicological in nature, supplemented with art historical interpretations in accordance with different parametres. This is a textual and pictorial database for search and digitalisation of miniatures and other illuminations in Croatian Glagolitic manuscripts. Descriptions include Latin transliterations/transcriptions of the Glagolitic text as an aid to their understanding, providing an insight into liturgical, literary and historical context of the illumination origin and a thorough insight into the relation between the image and the text. In this way, a foundation is created for the second way of doing research into Croatian Glagolitic illumination, which is focused on analysis and interpretation according to classical art historian methodology, which is, owing to the need to use a non-linear approach to the studies into iconography in particular, necessarily extended towards other disciplines in the area of humanities. It is especially highlighted on account of the necessity of interdisciplinary approach and interconnections between different research areas (linguistics; art and palaeography; literature and textology; liturgy) and their methodologies used by the Old Church Slavonic Institute during the last two project periods of the Institute, and which turned out to be a good foundation for continuation of future studies within the Scientific Centre of Excellence for Croatian Glagolitism.