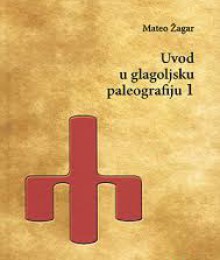 Prof. Mateo Žagar, PhD, a member of the Scientific Centre of Excellence for Croatian Glagolitism, wins the National Science Award of the Republic of Croatia

Prof. Mateo Žagar, PhD, a member of the Scientific Centre of Excellence for Croatian Glagolitism, has won the 2014 National Science Award. Mateo Žagar, PhD is Head of the Chair of Old Church Slavonic Language and Croatian Glagolitism at the Faculty of Humanities and Social Sciences, Zagreb. He has been an associate member of the Croatian Academy of Sciences and Arts since 2014. In the Scientific Centre of Excellence, he is in charge of palaeographic studies into Beram manuscripts, and is Chairman of the Centre’s Scientific Committee as well. He has given a great contribution to the recognition of the Glagolitic script in a substantial number of papers about palaeographic subject matters.

The Decision adopted by the Croatian Parliament on 28th September 2015 sets out that Mateo Žagar, PhD, is awarded for his significant scientific achievement in the area of humanities for the book entitled Uvod u glagoljsku paleografiju (X. i XI. st.). The book is a “comprehensive and well-founded study into the origin, development and processes of the Glagolitic script during its presence in Croatia, Bulgaria, Macedonia and the Czech Republic, and its development of distinctive palaeographic forms that will become a constant of palaeographic forms in Croatia, especially after Croatia becomes the only country to preserve the Glagolitic script for religious, literary and legal affairs.”

Once again, we would like to extend our most cordial congratulations to our dear colleague!